Chris Evans helped Betty White up some stairs because that’s what Captain America would do. 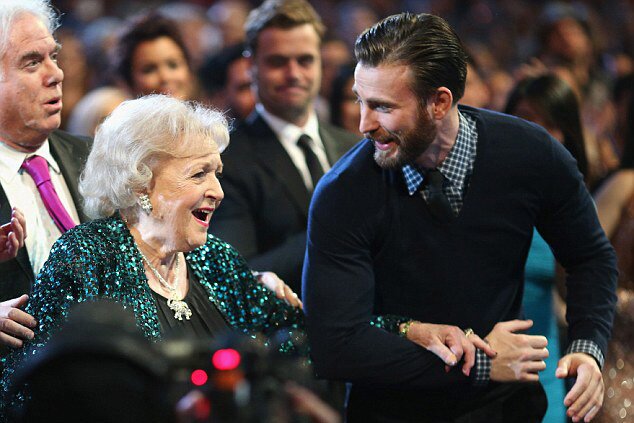 That Betty White is a national treasure goes without saying.

And at last night’s People’s Choice Awards, the Golden Girl was met with thunderous applause and a standing ovation as she won the Favorite TV Icon award.

Chris Evans, who was sitting near White, leapt to escort her up the stairs, because superheroes are real.

There’s no doubt any one of us would have jumped at the opportunity to offer her our arm, but Evans’ old-fashioned aplomb, wrapped in genteel, bearded chivalry isn’t something you see every day.

We can only imagine the number of tumblrs that imploded with all the GIFs like this one that followed.

Rogers, er, Evans went on to win the Favorite Action Movie Actor award, and during his acceptance speech, cheekily thanked his mother for providing “30-40% of the votes.”

← ‘Arthur’ is spoofing ‘Downton Abbey.’ Because that’s the thing to do.
Johnny Depp is hilarious as mustachioed rogue ‘Mortdecai.’ →