‘Star Wars’ is headed for the high seas. 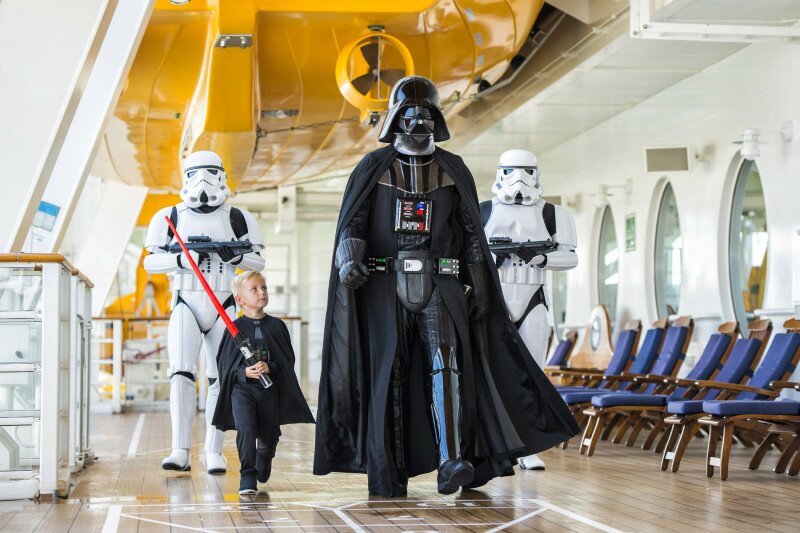 Pack up those lightsabers, everyone!

Disney Cruise Line is bringing Star Wars to the Disney Fantasy, and it’s going to be epic.

A one-day celebration called “Star Wars at Sea” will happen on each of the Disney Fantasy’s eight sailings, transporting guests to a galaxy far, far away in the Western Caribbean.

Deck parties, meet-and-greets, exclusive at-sea screenings of the Star Wars films and Star Wars Rebels, out-of-this-world food and drink and themed activities for younglings will all be part of the event, which marks the first official appearance of anything Star Wars aboard a Disney Cruise Line ship.

And while it’s pretty obvious Disney is testing the waters with this pilot program, success most likely means seeing “Star Wars at Sea” spread to other ships in the Disney Cruise Line fleet. Stay tuned – our friends at Disney will share more details with us in the coming weeks.

← The magical thing Disney is doing for kids with life-threatening allergies.
15 Netflix picks to help you discover your destiny. →