Golf: It’s one of America’s great outdoor pastime. Now some inventive engineers are bringing this sport–fairways and all–indoors.

The inventions-turned-products are golf simulators, which let people play and practice golf inside. One version takes up a whole room, recreating on a large screen various fairways on which golfers’ drives are projected. Another variation sells for just a few hundred dollars and can be played at home. Yet another acts as a training aid, analyzing a golfer’s swing. 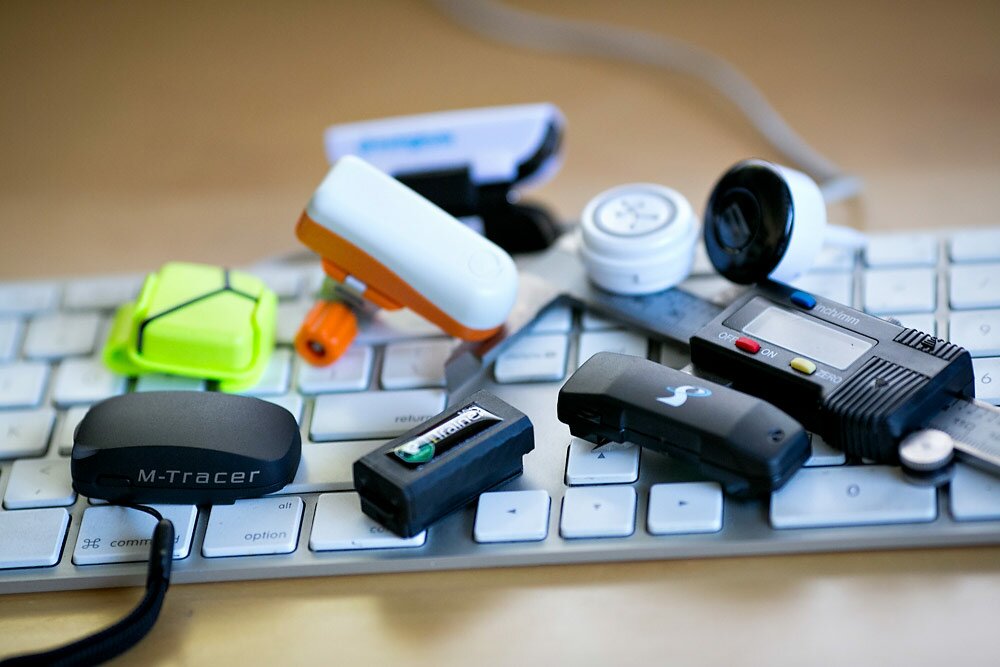 Who is behind the designs of these high-tech, astroturfed toys? The people, like the products, vary. But these entrepreneurial engineers do have one thing in common: None has the time to play much golf anymore.

Take Charles “Bud” Blankenship, for example. He worries about some very tiny matters these days, like the 1/50,000th-of-an-inch precision with which his golf analyzer determines the angle of a golf-club face. Blankenship is founder and president of Golftek Inc (Lewiston, ID), which introduced one of the first electronic golf-swing analyzers in 1977.

Over the years, Blankenship has seen his share of innovation. About 30 years ago, the Korean War veteran took his engineering degree to Texas Instruments (Dallas, TX), where he joined the team that invented the semiconductor. Later he helped build the first computer based on an IC. Then he helped found Siliconix Inc (Santa Clara, CA), one of the IC companies that gave Silicon Valley its nickname.

Blankenship decided to go solo in the early 1970s, when he realized he’d topped out at Siliconix. Fed up with life in the Valley, he sold his stock options and moved his family back to his childhood home in Kansas.

“I spent a lot of time thinking about what I wanted to do,” Blankenship recalls, but all he really knew was that he wanted to work for himself.

What Blankenship needed was an idea, which appropriately enough, came to him on the golf course while he was teaching his son the game. “My son kept asking me, ‘Why does the ball go this way or that way when I hit it?'” say Blankenship, who, like a good teacher, tried to explain. It was actually his son who suggested the idea of a computer-based product that teaches people how to hit a golf ball. 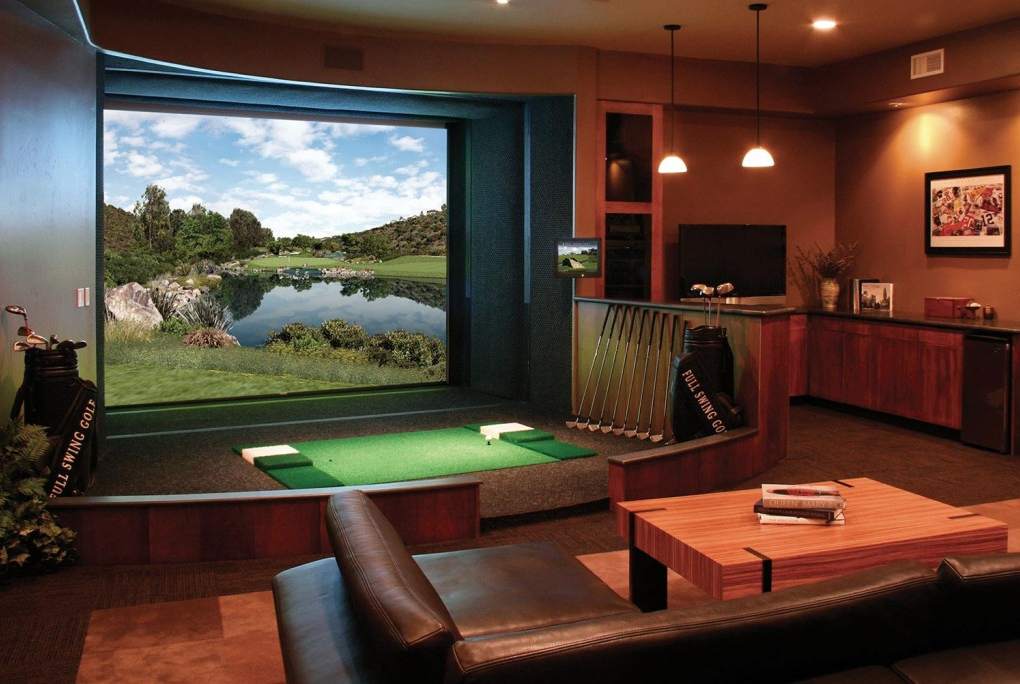 The resulting company is Golftek Inc, makers of golf-swing analyzers and golf simulators. The 12-person firm is located in the Blankenship clan’s new hometown of Lewiston, ID: 50,000 people, three 18-hole golf courses, and one nine-hole course. The company’s newest product is a golf simulator that uses optical sensing devices and large projection screens or computer monitors to recreate “life-like” games played with real clubs and balls.

I’ll do it my way

Three years ago, Don Curchod formed InGolf Corp (San Jose, CA). From the way Curchod talks, he, too, is apparently the sort of person who is happiest working for himself. “I started my career working for big companies,” he says, “but I was always frustrated by bosses making incompetent decisions about technology.”

InGolf makes one of the high-end golf simulators on the market. To play, golfers hit a real ball with a real club. Optical measuring devices watch the ball and calculate its trajectory, feeding the information to the system, which then projects a computer simulation of the shot on a 10 x 12-foot screen. The real ball hits a net.

Curchod, a transplanted Australian who has lived in the United States for 18 years, already had a successful track record with a series of automobile-service equipment he’d designed. But after 15 years, he wanted new territory. Longer lines at public golf courses and increasing greens fees prompted Curchod to think about making his new turf artificial.

Like many inventors, Curchod spent years (in his case, six) working out the details in his spare time before forming InGolf. “One of the key things was to figure out a way to measure the backspin of a ball,” says Curchod. “It took us two years to get that.”

Without knowing the spin, he explains, there’s no way to accurately judge how far a drive will carry. This introduces one of the curious things about the physics of golf. The ball, after being struck by the club, starts to spin even before it leaves the tee. The InGolf machine measures the ball’s spin, speed, and angle of flight to replicate the shot on the projection screen.

At around $30,000, the InGolf machine is not intended for home use. But that doesn’t worry Curchod. “We think this is a billion-dollar industry,” he says. “We’re trying to create a new industry here, where people use our simulators at real golf centers–not amusement parks.”

It’s time for a change

For Gaylan Larson, it was about a year and a half ago that he noticed something was wrong. “I was stressed out,” he recalls, then a manager in the computer disk-drive industry.

In the previous three years, Larson had already been with two major disk-drive operations, Connor Peripherals and Maxtor Corp. Those jobs had followed 18 years at Hewlett-Packard as a manufacturing and division manager and seven years at Bell Labs.

“I decided I need a break–an extended sabbatical,” Larson says. So he traveled, hiked the Grand Canyon, and did whatever he wanted for eight months. Then he got bored. Work was a must, but what kind?

“I was ready to go back to work, but I wanted something different than the high-speed treadmill I was on,” says Larson. A headhunter then introduced Larson to Mike McTigue, a professional golf instructor who is founder and CEO of SportSense Inc (Mountain View, CA.) McTigue’s idea was to adapt an existing medical orthopedic diagnostic machine to analyze the angles of the spine, shoulders, and hips during a golf swing. The prototype of the Swing Motion Trainer, now a $20,000 PC-based product, was already under assembly when Larson joined SportSense as chief operating officer.

In many ways, the pressures at his new job are the same, says Larson. “All of the self-imposed pressures of meeting deadlines, solving technical problems, making it work well, interfacing with users and marketing people–all of those things are the same,” he says.

Larson says this job nevertheless feels completely different from the others. Mostly, he says it’s the sense of shared responsibility at the young firm. “If one person is running into problems, all the others are asking ‘What can we do to help?'” says Larson. “The effort is always on fixing the problem, instead of fixing the blame.”

Making that first move toward creating a business was the mental obstacle that always stood between John Malone and his own company. But after 10 years of working at IBM, he finally decided to give entrepreneurship a try. “This passion has been itching at me for years and years to be in the sports engineering business,” he says. “I got really tired of talking about it all the time and not doing anything.”

Malone’s first step was to see a career counselor. “I actually went to give myself a kick in the butt,” he says, “to make me get out and go on my own.”

That turned out to be a smart move. The counselor figured out a way to help Malone overcome his block: He brought in another former IBMer who had left to start his own business. “Talking to him was what really turned on the light for me,” Malone says. “I told him I had five good ideas for products for new companies. He asked which of my five ideas do I have a passion for, not which is the best idea.”

Malone admitted he felt strongest about an idea to create a golf simulator. The ex-IBMer told him: “That’s the one to do. Forget the others.”

That was two years ago. Malone is now president and founder of Swing Technology (Austin, TX.) So far, he’s been able to keep his job at IBM while developing Swing Technology.

The idea behind his product was to combine a good golf analyzer with quality computer graphics but sell the product at a consumer price of about $500. “Here’s this growing family of computer video golf games that are getting incredibly detailed,” he says, “but the problem is you’re pushing buttons, not swinging a club. Golfers like to swing.”

Malone actually linked two existing products from other companies to create his simulator. One was a golf-shot analyzer: A small mat that captures information from a golf swing as the club head passes over it. Electronics in the mat then calculate the trajectory as if it were a real shot. Nintendo games provide the graphics.

For now, Malone likes balancing his two jobs. But if things go well with Swing Technology, who knows? “I don’t think there are many engineers worth their salt who don’t have the desire to be self employed,” says Malone.