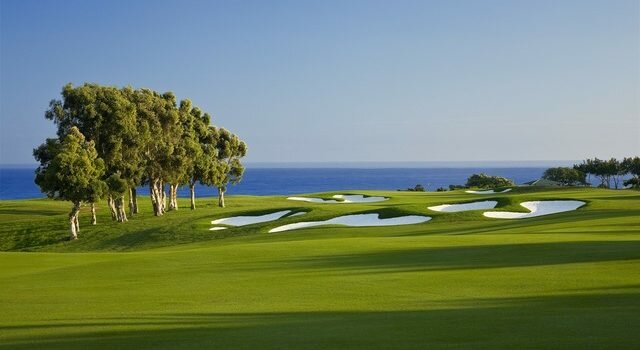 Next time you get stuck at the eighth hole behind a slow and chatty foursome, take a moment to consider the turf your spikes are sinking into. If you’re at Turtle Bay, Coral Creek, Kapolei or any one of a dozen or so Hawaii golf courses, chances are that the grass you’re standing on is the finely tuned, genetically engineered result of an $18 million research project.

For 20 years, a handful of scientists have been working to develop this tough turf through an $18 million university grants program. Sponsored by the United States Golf Association, the program funds research on environmental issues that affect the world of golf. This has led to the development of emerald-green turf that thrives in unforgiving conditions.

Bermuda grass became the world’s dominant turf at a time when water was plentiful and fertilizers were abundant. “Times have changed,” comments Professor Ron Duncan, a pioneer of turfgrass breeding in stress physiology at the University of Georgia. “Fresh potable water is diminishing worldwide, and fertilizer has become an environmental concern.” A saline-resistant turf called seashore paspalum has become one of the most popular alternative grasses for coastal areas around the world, Duncan says. “No. 1, it looks really good. Two, it’s environmentally friendly. We’re looking at about half the cost, and half the water, that you would use to grow Bermuda grass. You can use effluent water, brackish water … even ocean water short-term, if the course is constructed correctly.”

With a few twists of the turf’s genetic dials, scientists can breed it for a variety of physical characteristics, including several that are perfect on golf courses. Says Dennis Rose, director of golfat Turtle Bay, “Every new strain is a little finer-bladed than the last.”

Four months ago, the greens on Turtle Bay’s fabled Arnold Palmer course were completely regrassed with Sea Isle 2000, the latest strain of seashore paspalum. “This strain is grown specifically for putting greens,” enthuses Rose. “It’s a very fine blade of grass worthy of the smoothest surface. We’re the first course in Hawaii to plant it, and, I think, the second in the country.”

Courses in Florida, South Carolina and California all have paspalum, or are considering rejuvenation projects. “There’s tremendous interest in Mexico and the Caribbean, because they have water problems,” says Duncan. ChiChi Rodriguez and Arnold Palmer are evaluating Sea Isle 2000 for their Caribbean courses. Closer to home, Oahu, Maui, the Big Island, Kauai and Lanai all are home to current or future paspalum courses.

The pair of 18-hole courses at Turtle Bay, where 50,000 rounds of golf are played each year, recently received a rejuvenation of paspalum, including a restoration of the back nine of the George Fazio course. “And our eighth hole on the Arnold Palmer course is an experiment,” Duncan says. “It’s just about 100 percent paspalum. We didn’t fertilize it for years. The only nutrition it got was effluent water. The end result is that it is one of the better holes on the course.”

Paspalum occasionally manages to insinuate itself where it isn’t wanted. At Kapolei Golf Course, built in 1994, a grow-in of 328 hybrid Bermuda was planned for the greens. “When we got the sprigs from the nursery, they had paspalum contamination,” says golf superintendent Andy Meikie. “We couldn’t get rid of it.”

After a USGA agronomist explained that the paspalum was viable golf turf, course planners decided on a targeted contamination. Seashore paspalum now thrives on Kapolei’s greens, tees, and approaches, and savings have been spectacular. “Normally we spend $60,000 to $70,000 on fertilizer. We’re not putting down fertilizer anymore. We’re just doing greens and tees, and a light application on fairways. Out of 200 acres, we’re fertilizing about 40.”

What about the turf’s play ability? Well, a little retraining may be helpful, Meikle advises. “To chip out of it is difficult. You have to pick the ball out. The club will slice through Bermuda; with paspalum, if you hit down, it kind of grabs the club. Once you learn how to hit it, it’s fine.” 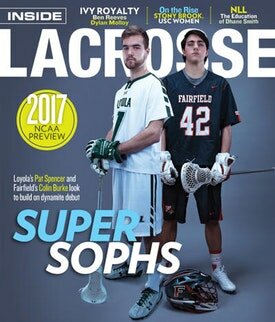